Ruthie Bolton is one of the most accomplished female athletes in the world. She is a 2-time Olympic Gold Medalist, a USA Basketball Female of the Year, the Sports Illustrated Best Woman Athlete by home state, and one of only 4 players to be named to the Women’s Basketball Hall of Fame Class of 2011.

It may be surprising to learn that Ruthie was told “you can’t do it” before every major milestone of her athletic career. In college, she was told that she would not even play, but she remains in the Auburn University record books to this day, and she was the first Lady Tiger to have her number retired. In her 4 years at Auburn, Ruthie led her team to a combined record of 119-13, including three Southeastern Conference championships, four NCAA tournaments and two NCAA runner-up finishes.

After college, she was not even invited to try out for the U.S. National Team- a team which she later led to a Gold Medal in 1996. 2 years later, she was told she would never play basketball again due to a torn A.C.L., yet she re-claimed her spot on the National Team, and brought them to a second Gold Medal in 2000.

“Mighty Ruthie” Bolton was the original franchise player for the WNBA’s Sacramento Monarchs. She has scored over 2000 career points, she is 4th on the WNBA’s all-time 3-pointer list, and she is the only player in the history of the Monarchs to have her number retired. She’s been on the cover of Sports Illustrated, she’s been a guest on Regis Philbin and David Letterman, and, yes, she’s even done a Nike commercial.

But Ruthie believes that her gifts are to be used for a higher purpose: to inspire others to let their light shine and perform at their best. “If I am only remembered for being a basketball player, I believe that I will have failed in my job on this planet,” says Ruthie, who makes a daily practice of encouraging others in her life, and in her message to the world.

Ruthie’s off-the-court accomplishments include being a 1st Lieutenant in the Army, the first National Spokeswoman for the WNBA’s “Play Fit/ Stay Fit” youth development program, the release of her first Gospel CD single “Making a Way”, and being 16th in a very close family of 20 children. Her biography, “The Ride of a Lifetime” is available now on Amazon.

Ruthie is a highly sought-after speaker. Some of her favorite messages include:
– Attitude is Everything
– Overcoming Adversity
– How To Exceed Expectations
– Finding the Beauty in the Struggle
– Keep Aiming High
– Family and the Value of Love 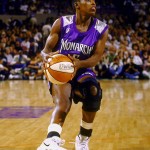 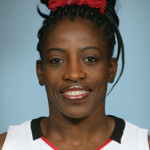 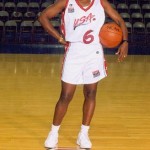