Petri Hawkins-Byrd is an American television personality, known for his role as bailiff on the court program Judge Judy.

To date, Byrd has been with the show for its entire run, making him the longest running court show bailiff in history.

“Officer” Byrd, while continuing in the role that has brought him worldwide recognition, continues to broaden his horizons through work in theatre, commercial and film. A published and recorded songwriter, the former Brooklynite is currently working on animation and spoken word projects, for children and adults. A staunch community activist, Byrd is the chairman of the national board for the O.K.Program,- an organization designed to address social issues confronting young African-American males- as well as the board chairman of Teen Center USA, a faith-based youth program.

Byrd currently lives in the Sacramento area with his wife and four children. As to his future plans, Byrd says, “The Bible tells me that God knows the plans He has for me. So I’m content to just be His co-pilot!” 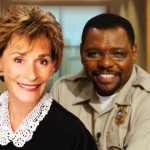 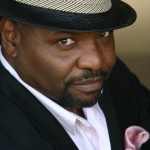